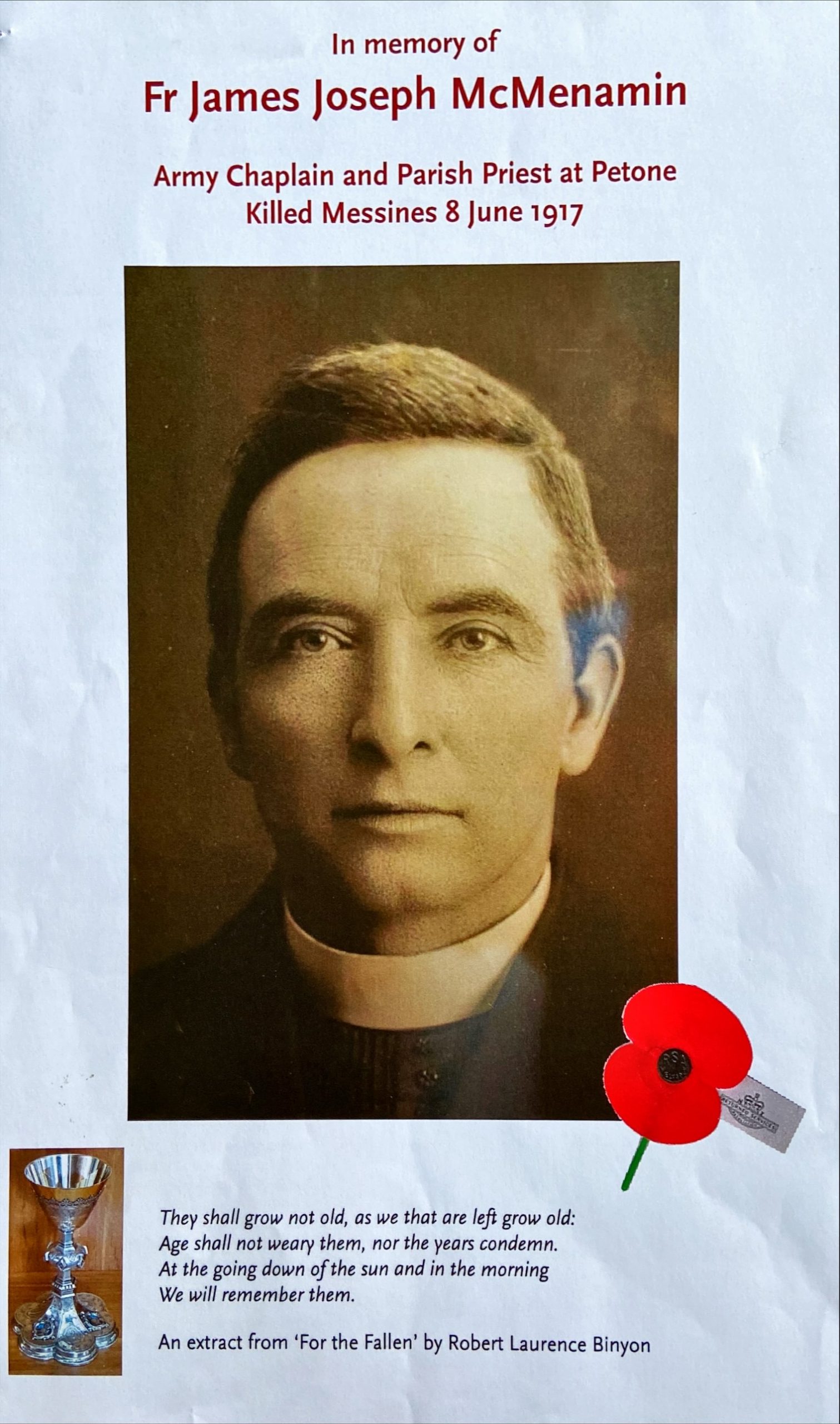 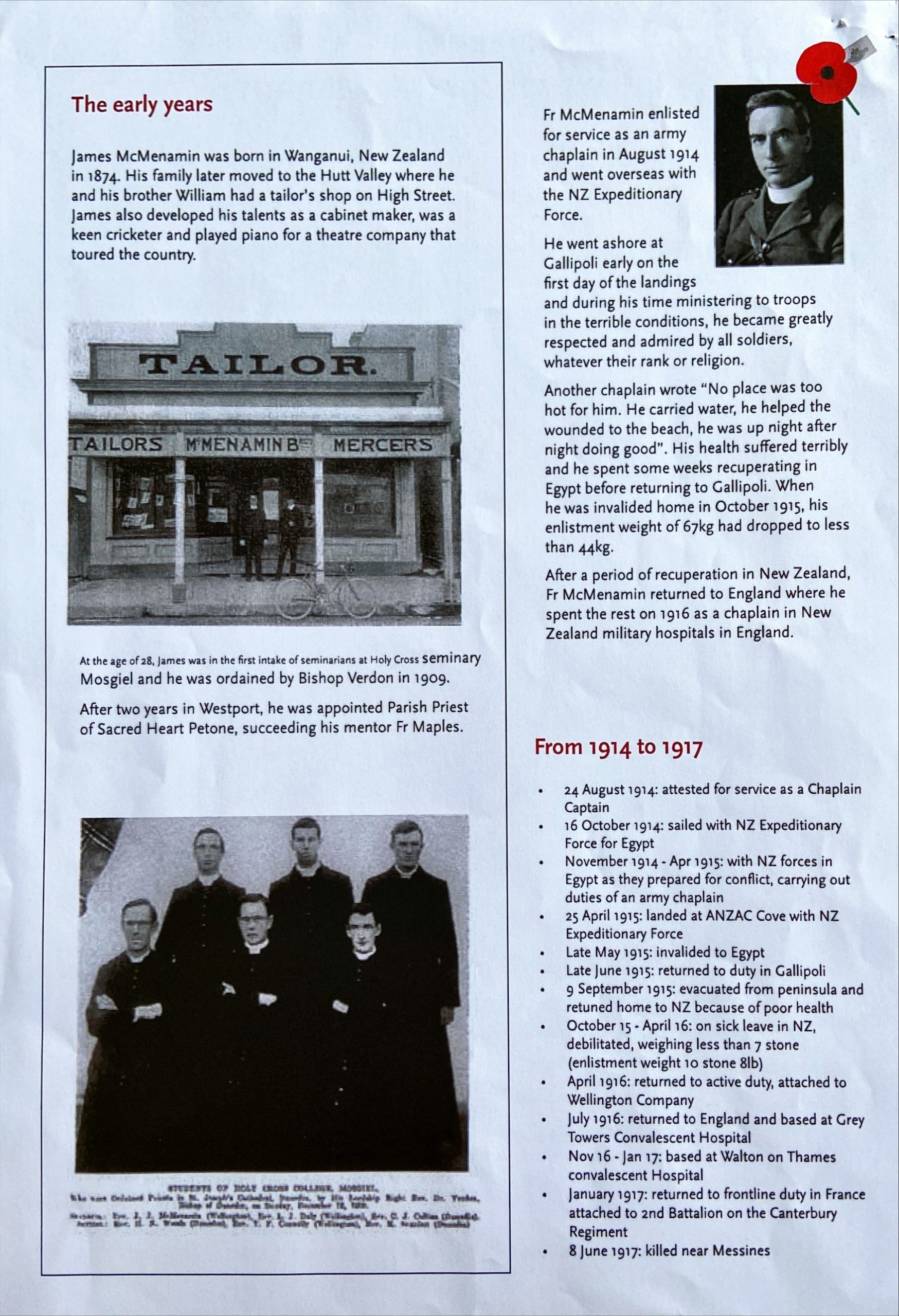 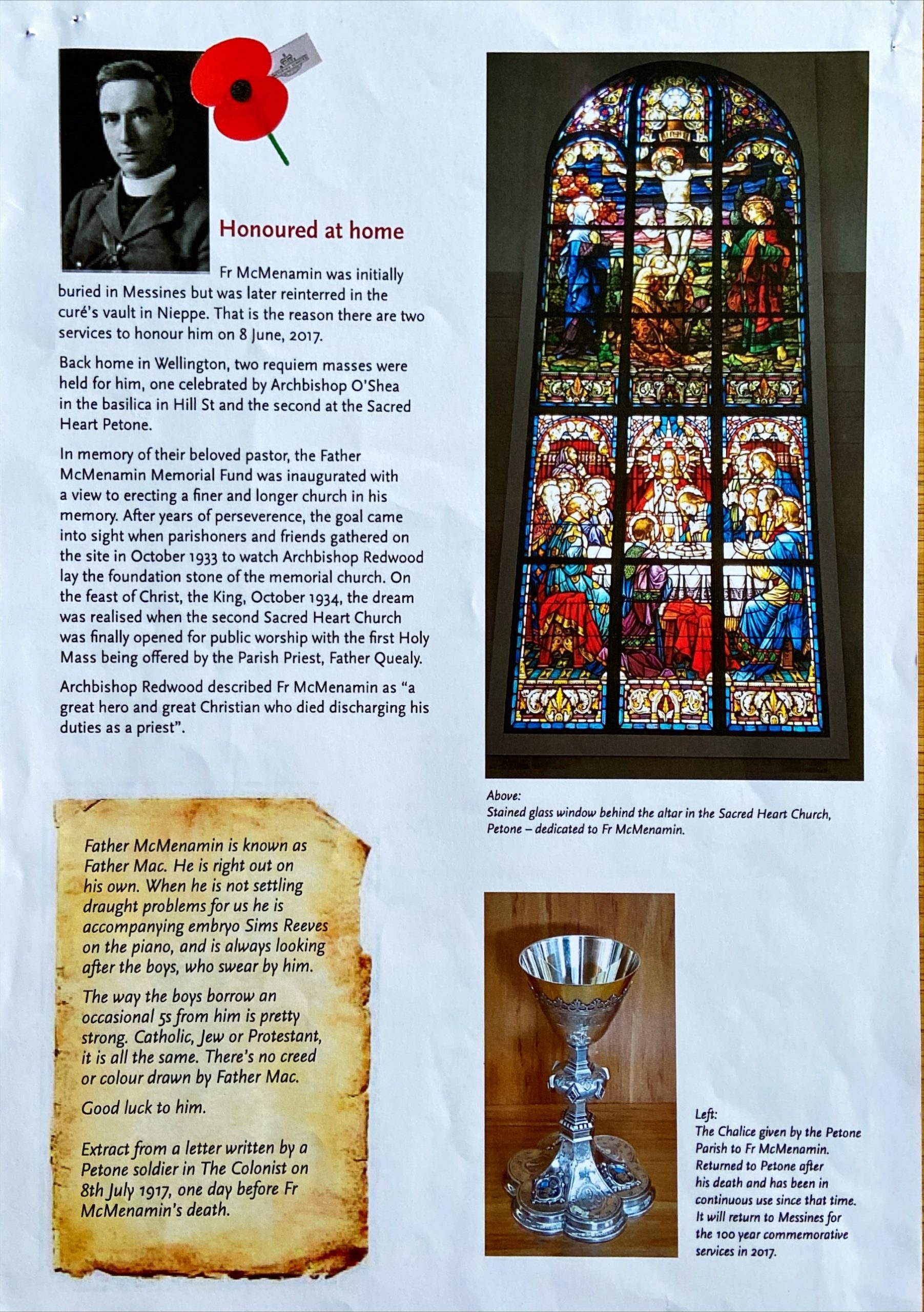 Two display boards are on permanent exhibition in the room off the foyer of Sacred Heart church Petone. They tell the story of Parish Priest (Petone 1911-14) Fr James McMenamin, later Army Chaplain ministering to the troops in WWI. He went ashore at Gallipoli early on the first day of the fateful ANZAC landings in August 1914. He was killed while burying a Catholic soldier 8 June, 1917 near Messines, Belgium.

The chalice he used on the frontlines is still used today when we celebrate the Eucharist. On June 8, 2017 the chalice was returned to Nieppe, Belgium in a special case built by St Bernard’s College students. Sharron and Richard Cole represented our parish at the ceremonies, liaised with the NZ Defence Force and met local parishioners and Priests.

The colourful stained glass windows behind the altar were dedicated in honour of Fr James’ sacrifice. May his Faith continue to inspire us today.

“At the going down of the Sun and in the morning, we will remember them.”

Notice to all Parishioners – 6th October 2021